Caroline in Pray with Saint Michael the Archangel

St. Michael the Archangel, defend us in battle, be our protection against the wickedness and snares of the devil.  May God rebuke him we humbly pray; and do thou, O Prince of the Heavenly host, by the power of God, cast into hell Satan and all the evil spirits who prowl about the world seeking the ruin of souls.
Amen.

The very special story surrounding this prayer is described by one of the secretaries of Pope Leo XII, Father Domenico Penchenino:

“On the morning of October 13, 1884, the great pontiff Pope Leo XIII had celebrated Mass and was following another in thanksgiving, as usual. Suddenly we saw him vigorously raising his head, then staring intensely at something above the celebrant's head. He stared, without blinking, with a look of terror and wonder. His complexion had changed, and his features were different. Something strange, great, happened in him. Finally, as if finding himself, with a light but energetic hand, he rises. We see him moving towards his private study. The near ones follow him with concern and anxiously they say softly: “Holy Father, do not you feel well? I need something?” He answers: “Nothing, nothing”. After half an hour he calls the secretary of the Congregation of Rites and, handing him a piece of paper, orders him to have it printed and to have it sent to all the Ordinaries of the world. What did it contain? The prayer that we recite at the end of the invocation to the Prince of the Celestial Militias, imploring God to send Satan back to hell.”

This prayer was recited at the end of every mass until 1964. 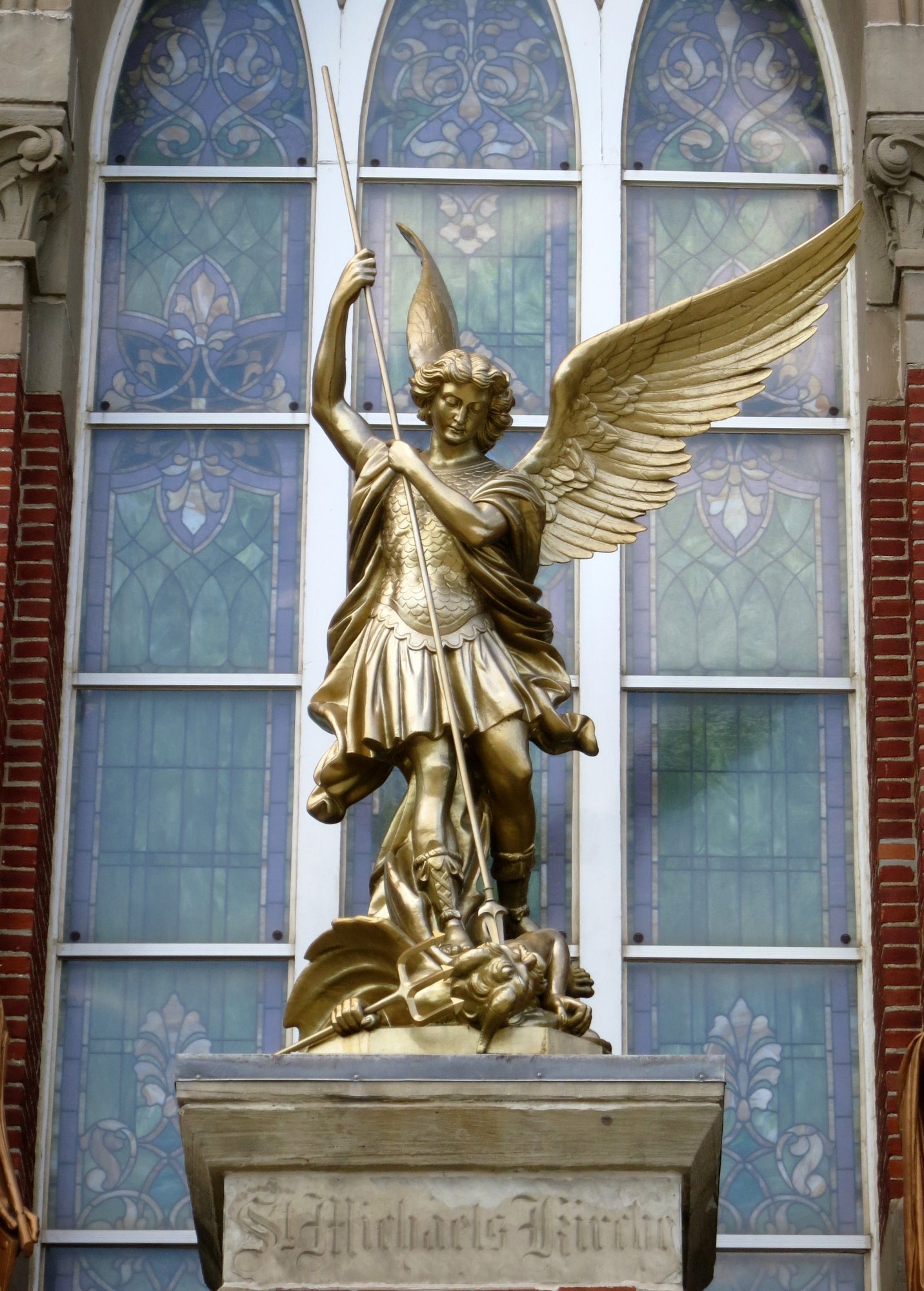 “Even though today this prayer is no longer recited at the end of each eucharistic celebration, I invite every one to remember it, and recite it to obtain help in their combat against the forces of darkness and against the spirit of this world.” Saint John Paul II, 1994

So, you too, feel free to recite it every day!

Pray with Saint Michael the Archangel