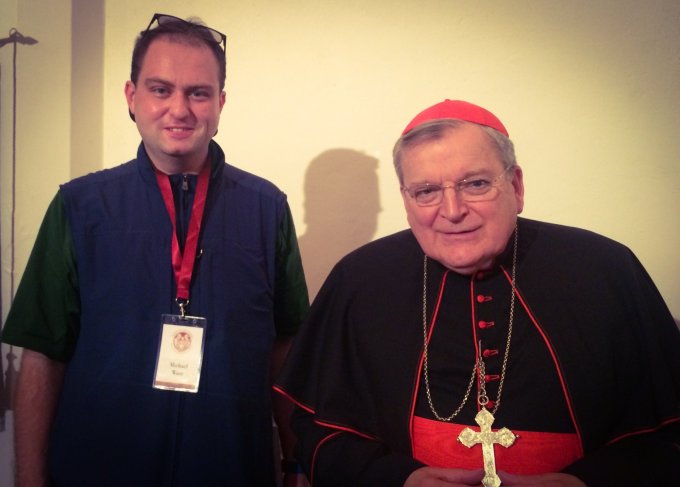 During the Rome Youth Confernece, we were privileged to be in the prensence and personally meet His Eminence Cardinal Raymond Burke. I wrote a letter to him just after I got back stateside and told him how much I admired him and how I saw him as someone who has suffered much to defend the True Teachings of the Church. His Eminence has sadly continued to suffer misrepresentation and a muzzling, and he has now released his own website, which you can find here:

Let us continue to pray for Cardinal Burke and all of our Cardinals who want to stand for the True Teachings of the Church.

This is a personal photo I took with His Eminence after his talk; He came to my community a few years ago to give our priests a retreat. He also signed my copy of his book Hope for the World. Hopefully he got my letter!

Would you like to receive other posts from this community?

Summary - "Dear Young People, courageously follow the path of personal holiness and diligently nourish yourselves with the word of God and the Eucharist." - St. John Paul the Great Discover the community