On the Third Day - Hozana

Haley in Novena of Preparation for the Epiphany

On the Third Day 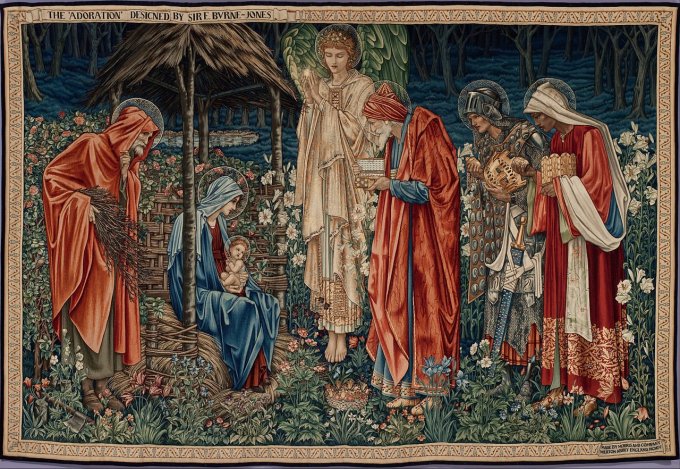 Prayer of the Novena

O holy Magi,
who regarded neither the severity of the season,
nor the inconveniences of the journey,
that you might find the newborn Messiah;
obtain for us the grace
not to allow ourselves to be discouraged
by any of the difficulties which may meet us
in the way of salvation.

Glory be to the Father, and to the Son, and to the Holy Spirit, as it was in the beginning, is now, and ever shall be, world without end. Amen.

At Thy birth, O Jesus, a star of wondrous splendor shone forth in the Eastern skies and led to Bethlehem the Magi, those envoys of far-distant, pagan peoples, while the Angel, bathed in heavenly light, was summoning to Thy manger the shepherds, as representatives of the Chosen People.
For the Gentiles as well as the Jews must recognize in Thee, a poor and helpless Infant, the Almighty King of Ages, the Savior of mankind. Neither scepter nor diadem disclosed Thy kingly state; no sweet harmonies, no hosts of angels mustering around Thy crib revealed Thy divine nature; but the star shining above Thy wretched stable pointed to the Heavens, the earth, and the entire universe as Thine absolute possessions; even as the Magi, who at the inspiration of Thy grace, coming promptly from afar, caring naught for dangers, overcoming every difficulty, and embracing every sacrifice, reached Thy feet and kneeling in reverence offered Thee gifts of gold, frankincense and myrrh. Thirsting for God, they had gone eagerly in search of Thee, and Thou did reveal Thyself to them in a wonderful manner, while still in Thy crib, filling them with joy and transforming them into the first messengers of Thy glories to the peoples of the East.
After the appearance of the star, which sufficed to render the Magi Thy ardent followers, O Jesus, did Thou demonstrate Thy divinity! Yet what darkness still overshadows our poor minds! How reluctantly our wills give way to the loving impulses of Thy grace, even when they do not openly resist Thee! Give us, therefore, O Jesus, the strength to reply ever promptly and generously to Thy call, and grant that the divine light of faith, which was enkindled by Thee within us while still in our cradles, may ever accompany us on the road of life, until, blessed at last in Heaven, we shall be able to fix our eyes upon Thee in the light of glory.
Amen.

This prayer is taken from the old Raccolta, which mentions that an indulgence of three years is attached to it when devotedly recited on the Feast of the Epiphany.

Quote of the Day

"Today the Magi gaze in deep wonder at what they see: heaven on earth, earth in heaven, man in God, God in man, one whom the whole universe cannot contain now enclosed in a tiny body.
As they look, they believe and do not question, as their symbolic gifts bear witness: incense for God, gold for a king, myrrh for one who is to die." - Peter Chrysologus.

Picture: The Adoration of the Magi by Edward Burne-Jones (1904) - CC0 Public Domain.

Novena of Preparation for the Epiphany

Summary - Join us as we continue in this Christmas season and prepare for the Epiphany, the Revelation of God the Son! Discover the community

On the First Day

On the Second Day