in Nine days of Prayer with Edith Stein

The prayer of the Church

There are two kinds of prayers: the liturgical prayer and the silent prayer. Edith Stein considered this dichotomy as artificial and inaccurate. She knows both types very well, having experienced the beauty of the Benedictine liturgy while being attracted to oration, the silent and prolonger prayer as it is practiced in the Carmel.

In 1936, she writes an article titled “ The prayer of the Church,” proposing a synthesis of Christian prayer:

Here is the heart of her message:

Every true prayer is a prayer of the Church”. But in Church, the different forms of prayers constitute an inseparable whole, as this multiform prayer of the Church is created by the Holy Spirit Who originates the traditional forms of prayers as well as the personal prayers of the faithful. It is the same Spirit Who has already animated the prayer of Jesus, and this prayer was both public and personal.
Jesus prayed as a Jew of His time with the psalms, with the pilgrimages and in celebrating the Jewish Feasts. But He also retired to pray in silence, to cultivate His intimate relationship with His Father. The prayer of Jesus, animated by the Spirit, is the model of the prayer of the Church, which is also our prayer.

Amidst all forms of worship, the sacraments, especially the Eucharist, occupy a prominent place, in Edith's view of religion.

At the very beginning of her conversion, Edith would wake up early to participate in the daily Eucharist. She insists on the fact that it's not only a matter of showing up at church, but rather to truly live a Eucharistic life. Eucharist is a sacrament of Love, which encompasses freedom, gift of self, and communion with the Eucharistic God. It is a sacrament of Renewal, which transforms the life of the participant who is pulled onto the path of Love, with a renewed strength and energy.

The work of salvation takes place in obscurity and stillness. In the heart's quiet dialogue with God the living building blocks out of which the kingdom of God grows are prepared, the chosen instruments for the construction forged. The mystical stream that flows through all centuries is no spurious tributary that has strayed from the prayer life of the church, it is its deepest life. When this mystical stream breaks through traditional forms, it does so because the Spirit that blows where it will is living in it, this Spirit that has created all traditional forms and myst ever create new ones. Without him, there would be no liturgy and no Church [...]. So the mystical stream forms the many-voiced, continually swelling hymn of praise to the triune God, the Creator, the Redeemer, and the Perfecter. Therefore, it is not a question of placing the inner prayer free of all traditional forms as 'subjective' piety over against the liturgy as the 'objective' prayer of the Church. All authentic prayer is prayer of the Church. Through every sincere prayer, something happens in the Church, and it is the Church itself that is praying therein, for it is the Holy Spirit living in the Church that intercedes for every individual soul 'with sighs too deep for words.' "

St. Teresa Benedicta of the Cross, in Before the Face of God.

From Drink of the Stream - Compiled by Penny Hickey, O.C.D.S.

To God, the Father
By St. Teresa Benedicta of the Cross

Bless the mind deeply troubled
Of the sufferers,
The heavy loneliness of profound souls,
The restlessness of human beings,
The sorrow which no soul ever confides
To a sister soul.

And bless the passage of moths at night,
Who do not shun specters on paths unknown.
Bless the distress of men
Who die within the hour,
Grant them, loving God, a peaceful and blessed end.

Bless all the hearts, the clouded ones, Lord, above all,
Bring healing to the sick.
To those in torture, peace.
Teach those who had to carry their beloved to the grave, to forget.
Leave none in agony of guilt on all the earth.

Bless the joyous ones, O Lord, and keep them under Your Wing.--
My mourning clothes You never yet removed.
At times my tired shoulders bear a heavy burden.
But give me strength, and I'll bear it
In penitence to the grave.

Then bless my sleep, the sleep of all the dead.
Remember what Your Son suffered for me in agony of death.
Your great mercy for all human needs
Give rest to all the dead in Your eternal peace. 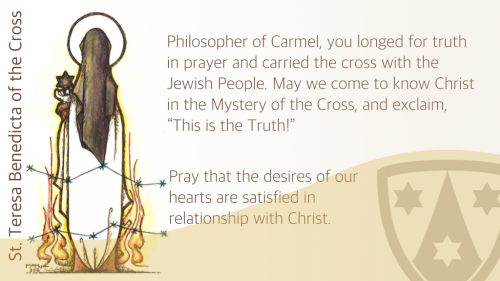